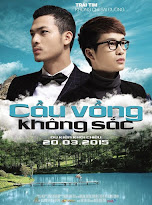 This film is a beautiful love story. Depending on how you see it, this may or may not be taboo for you, since the love is between two brothers, albeit one of them is adopted. its also a film about relationship with families and how narrow minded view on homosexuality can sometimes destroy a perfectly happy family.

Hoang and Lan are kids living with their wealthy parents in countryside in a beautiful mansion. Also with them in Hung, their adopted son, who lost his parents in an accident. The two boys Hoang and Hung spend all their time together and as they grow up, they realize that they are very much in love. The sister sees it and in fact the father sees it too and all he asks Hung is to be nice and take care of his son Hoang. But when the mother finds out the truth, all hell breaks lose. she just cannot accept her son to be gay and demands Hung to leave since she thinks he is the reason for Hoang's "sickness". Her blind motherly love eventually drives Hung to his death by a freak road accident, which in turn makes Hoang lose his mind to madness and he disappears into wilderness. Almost 10 years later on a full moon day, a day on which Vietnamese people believe their relatives' spirits will return home, maybe Hoang will finally find his way back home.

The film had a very very interesting plot, but it was slow. A good time in spent on their childhood and early adult life, but it is made us to believe as if they live in this fantasy world where the two boys are always together with each other. What happened with mingling with other people. I am not very sure what kind of upbringing they had, but yeah you get to see how the love between them gradually develops. it was really nice to see the father being able to read through his sons behavior and be respectful of that. The mother on the other hand was absolutely crazy. her scenes towards the end are OTT hysterical. I wish it was a little subdued to be more impactful. The boys both look very handsome and they share a great chemistry with each other. I wish the story was set more in contemporary times. The whole remote country lifestyle gave it a fantasy-land feel which somehow led me to not be able to connect with the overall storyline and premise. I feel the duration of the film can be trimmed, and it may have a better impact. I really enjoyed the scene where the boys go to gay bar, they feel they are in a safe place and get formally dressed to sing a sing. That was really beautiful.

An average film which could have been so much more. The locations are beautiful, the leads are gorgeous, so what if it is a little slow and maybe at times over the topa. Nonetheless its a good decent love story with a tragic end. (5.5/10)