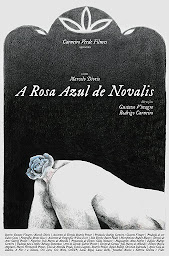 This is one man's monologue about his life experiences in a monologue style. I would call tihs more of a documentary than a film, to be honest. Between making coffee and gay hook-ups, Marcelo’s fetishes and longings are revealed, casually and full of intensity. This documentary apparently wanted to understand what can we see through the eye of the ass (the third, mystic eye)?

Marcello, in his mid 30's, early 40's occupies the image from beginning to end and talks about a jumble of things: his passion for coffee, his HIV status, his chronic headaches, his homophobic father, his fantasies of having his father watch his lovemaking with passing boyfriends, his lovers’ passion, his Catholic grandmother or his incestuous brother. At times, he takes himself for Genghis Kahn, Novalis or a French courtesan; at others, he talks about Bataille or the Saint whose name he has forgotten and who, on the scaffold, is said to have taunted his executioner with a startling sense of humour. We see his dick, his ass, his fucks.... everything.

As per the director, although asshole is considered to be obscure for many people, for them it is the gateway to their character. The asshole is a part of the body that can produce excitement and pleasure, it is a site for the re-elaboration of the body and its perspectives, and since it is not intended for human reproduction, it escapes the traditional system of ideas pertaining to sexuality and gender. The camera observes Marcelo and captures his stories with total concentration, until a simple panning shot initiates the reenactment of one chapter of his biography when his brother died. We keep following him memories after memories. To be honest, I found it quite interesting for the first 30 minutes but eventually, it started to feel as one man's obsession with himself and I completely lost interest in the last 30 minutes.

Even though hits hard to rate documentaries, I would say this one ranks pretty low in my list. (3/10)