The Younger (Taiwan)
Hao became a male masseur to make ends meet and pay for his grandmother’s costly medication caused by her recent stroke and her Alzheimer’s. The job forced him to deal with his previously suppressed sexual urges for men. Hao begins to lose the balance he once had with family, work, and himself.

The Distance Between Us and the Sky (Greece)
Two strangers meet for the first time at an old gas station. One has stopped to gas up his bike, while the other is just stranded. Lacking the 22.50EUR he needs to get home, he will try to sell him the distance that separates them from the sky.

Orange Zest (Germany)
Two guys just dance on their feelings for each other depicting 3 different stages of love in a gay man's life.

Moros en la costa (Spain) [Breaking and Entering]
A poor young Arab is called to his mansion by Angel for a hookup. But when the parents unexpectedly come back home, angels begs him to hide since he is only 16. More secrets will now come out.

Easy (USA)
Two high school guys are in love. One's Christian, one's Jewish. A father disapproves, the other's parents are thrilled. Who cares that it's not perfect? They got this. 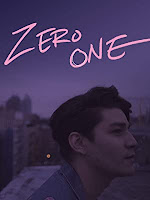 Zero One (USA)
Jimmy Park is visiting home for the first time in years and has nothing to show for his time living overseas in Seoul. But old tensions come to a head when he confronts his homophobic sister at a family dinner.

Other Black Boys (USA)
When an old friend visits, a black gay guy is forced to confront the masks he wears in his many relationships with his friends, one of whom he is also sleeping with.

Pico de Orizaba (Spain) [Orizaba’s Peak]
In a cozy bistro, an increasingly heated discussion between two good buddies reveals their latent sexual prejudices, as one admits to feeling finally set free by a book he has just read, and the other mistakenly assumes that he is coming out of the closet!

Beyond Repair (South Africa)
A young man is sent to live with his homophobic brother after he is forced out of the closet.

Missed (Netherlands)
A young dying man meets with his estranged father after a four year absence since his coming out and subsequent marriage to a man, hoping to reconnect before their ideological differences keep them apart.

Frozen Heart (Germany)
A silent film highlighting the bullying from friend and even family when one comes out as gay and outrightly rejected.

In Einem Moment (Germany) [In A Moment]
Max isn't sure about his sexual orientation until he meets Leon at his new school. When Max is singing a song at a school concert something beautiful happens. Great film and beautiful song.

Beloved Sam (Germany)
For David, it was a big step to visit a LGBT* youth group but he doesn't regret it because that's how he met Sam. A boy, that he loves, but that he couldn't be together with. 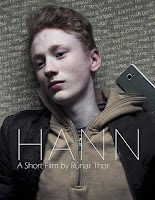 Hann (Iceland) [Him]
Andri, an anxious teenage boy, hides and represses his sexuality in fear of his masculine father’s reaction but, on the eve of Andri’s first date, he finds a clever way to reveal his secret.

I Love You, But I Can't (Germany)
Two men live together, but one of them cheats with a stranger. Guilt ridden, he tests himself and finds to be HIV+ and ends up taking a drastic step.

JAin (Germany)
Fabi is gay  and straight guy Benni is his secret occasional lover. When Fabi is attacked by Benni's friend Maik in a party, Benni has to make his choice between keeping his secret or defending Fabi against Maik.

My Gay Friend (Germany)
Story about a few school kids in a school where thankfully people are accepting of various sexualities. Film was made as a school project.

Lonely Dietmar (Germany)
He jus turned 18, his mother is an alcoholic and short on money. When he nearly has spend his last money, an older gay man offers him cash for sex. He is nervous. He goes ahead but what does future hold?

One On One (USA)
A story about compromise, 'One On One' follow Alex and Trevor as they work out their relationship on and off the basketball court, after one of them asks the other one to join a waltz class together.
Posted by Golu at 2:45 PM

In a moment is nice short film though I find the basketball scene kinda cliche with stumbling and falling and almost about to kiss. I agree that the song is great and very romantic. On the other hand I really loved the short film “Him”. It’s cute and simple. I like it.

So true. The father's reaction in "Him" was priceless.