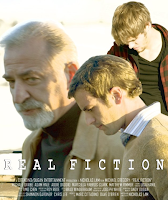 Zack and AJ are a couple. Zack wants to make it big in the writer's world but to get his book noticed, he will have to sleep with an old guy Damien and continue till he succeeds. He takes this offer up after discussing with AJ but this soon starts to strain their relationship. The end is sad where AJ ends up killing Damien because of jealousy and gets arrested and meanwhile Zack has now lost his glory, his love and his family. Classic tale of ambition. I think the director tried to pack too much of a story in a short film. This story if done well could have ended being a full fledged film but the short story leaves a lotto be desired. (4/10)

Within a few hours, one couple ends and another begins. Adam is leaving Trent, ending their dysfunctional relationship. Jordan, a mover and recent San Francisco transplant, crosses paths with their roommate Spencer. Their intense connection is questioned as they watch the disintegration of Adam and Trent. Who leads when four men come together? Interesting concept but it took me a while to get a hang of what was going on and by the time I was there, the short was done. (4.5/10)

A cosmopolitan girl falls in love with her college boyfriend (who is a fashion photographer) whom she happens to meet after several years luck by chance but when their relation grows to the stage of commitment the guy completely denies any seriousness. Apparently, the guy had been trying to woo her neighbor who happens to be a guy with similar sounding name and the postman is the person responsible for the missing connection. It is a very beautiful done short film about mistaken identities with a hilarious comic twist. I liked it. (6.5/10)


Such Is Life (India)
Depicting one of the faces of still in closet homosexuality in India and how some people misuse it. This short shows a guy traveling in a bus when another guy comes and stands behind him. While the first guy thinks that the other guy is trying to get physical with him thereby making him happy and excited, him bubble bursts when he realizes that actually the guy stole his wallet and now he doesn't even have money for the bus ride. (5/10) 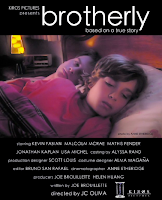 Based on a true story, this film shows us how due to lack of any care and love from their mother, the 2 brothers turn to each other for support. When the younger brother even at 12 keeps wetting his bed, the older brother takes him to his room to clean him up and they start sharing a bond. Sexuality irrupts strongly for the child who experiences his first erection as he feels his brother's body pressed against his. Soon they get into incest but the film never really tries to judge why that happens: lust, love, breaking social norms or security. This is for the viewers to decide but the director does a good job of keeping true to the subject. (7/10)
Posted by Golu at 1:27 PM 1 comment: