Naked As We Came

I still can't make up my mind of what I think of the movie overall. I do like fucked up family dramas but then they have to be done well. The plot is decent but there is something missing in all of this. This measured, claustrophobic drama about a pair of siblings reuniting with their terminally ill mother moves at a very slow pace, which sometimes can be off-putting, but some wide-screen cinematography comes as a saving grace.

Elliot and Laura are running their family business in Manhattan and are visiting their mother whom they haven’t seen in a year and a half. They find out that she is dying of cancer. The mother Lilly admits that she wasn’t the best of mothers and the relationship strains between the three of them is very evident. She was more interested in her orchids than her children. She was married to a man who was a womanizer and interested in making a career in politics. Lilly lives in a huge estate now and unknown to the kids, Ted has been living with their mother as a combination of groundskeeper, caretaker and a friend of Lilly. But there is a secret and what is it? The film focusses on the kids and the mother trying to improve their relation. Despite Laura's fears and Lilly's delight, Elliot and Ted end up sleeping together on the first night itself. And their liaison sets off a chain of emotionally charged confrontations, with the grown children loudly expressing their resentment at Lily for having been a bad mother. It turns out that Ted is a writer and is staying there to get and write a story because Elliot's father was once a famous politician whose career nose dived when the story of his illegitimate son came out. Th ending I felt was random. The mother dies, sister gets back with her husband and Ted decides to stay with Elliot.

Lilly was excellent in her role as a troubled bad mother dying of cancer but I wish I could say the same about rest of the members. The 2 guys were gorgeous but the film was weighed down by their pretty much wooden acting. Elliot spends most time in the film staring in open space, which gets annoying after a while and Ted has this wooden expression which you will understand only after watching. Also his character is not clearly established. We really don't get to know the purpose behind him being there, why he is not happy with his bf and why does Lilly trust him so much. Thankfully Laura as the controlling sister was quite effective as well and even sings a brilliant song. The film was shot beautifully in a mansion with a nice green house area. The sex scene is done ok but I think it was just for the sake of doing it. There was no real need (not that I am complaining) . :) 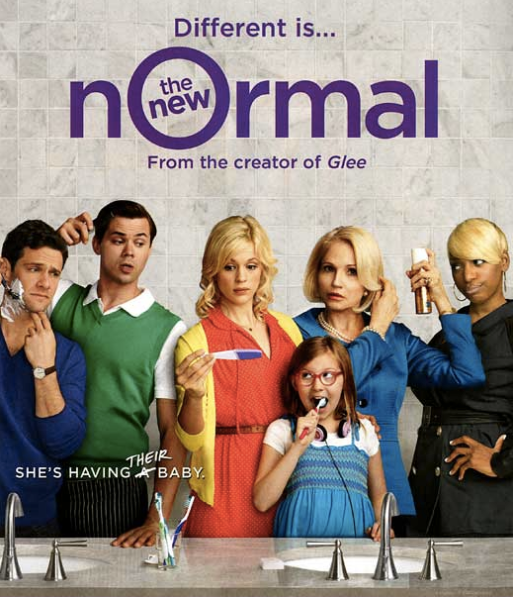 It is so interesting to see more and more gay themed sitcoms being shown on American television. Years back Will & Grace changed the face and this recently was continued in 2013 with this new sitcom. Aired with 22 episodes in season 1, unfortunately it never got renewed but thankfully the season 1 ended up quite decent and so the viewers were not really left high and dry.

The series is about the gay couple Bryan and David living in LA. Bryan is a prodcuer/events co ordinated while David is a doctor. They are a cute couple who have been together for a while and are now looking to expand their family by either adoption or surrogacy.They are quite well to do and successful. A chance meet with Goldie changes their life forever. Goldie is a very young single mother, midwestern waitress who doesn't have a handle on her life. Trying to escape her overbearing small-minded grandmother, she decides to leave her cheating husband and move to LA with her sweetest 8 year old daughter Shanaya. Desperate and broke - but also fertile - Goldie quickly becomes the guys' surrogate and quite possibly the girl of their dreams. Surrogate mother, surrogate family. Jane, the grandmother follows her to LA and decided to stick in the city. Goldie becomes pregnant and then a;ll the subsequent episodes follow their journey amidst love, life , laughter, sorrow, family etc.

The show has some very witty lines and make you laugh. The characters may not be believable but thats not always important. Jane as grandmother and Shanaya as the daughter are just too good and hilarious. When I saw the first episode I though David was very mechanical and so not fit for the character but over a period of time he also started growing on me. The show goes through standard stereotypes and mocking the myths. Bryan is fussy, superficial, obsessed with looks, celebrities, dieting, designer clothes, etc. David is the more practical one. Goldie is trying to figure out how to make a life on her own without depending on granny. Jane as grandma is learning and trying to be broad minded but is always judgmental about each and everything. oh ! and how can I forget Bryan's production assistant Rocky, the quintessential loud big sassy black girl. She was also quite good. Goldie's husband Clay also features in a lot of episodes and is very cute guy in a very dumb sort of way.

Overall, i thought the series was a good guilty pleasure. It wasn't mind blowing or earth shattering but nevertheless it did manage to entertain me and wish that there was a next season. (6.5/10)
Posted by Golu at 7:39 AM No comments:

Be it the title or the film poster, somehow I had big expectations from this film. I know, that expectations do kill the fun sometimes but this film came way too short on that. Sure its a thought provoking story and had a lot of potential but the director in my opinion somewhere missed the boat. I think this would have been a fantastic short film, but a full fledged feature film was quite boring for me.

We are introduced to Mia, Lukas and Jonas. They are friends from childhood until 3 years ago when things changed and the three realized that they were more than friends. The three of them become lovers, something that provokes people around them and something which is beyond all conventions. Even their parents can't understand and are not to comfortable with the situation. The 3 of them are on a vacation which seems to last forever and we slowly find out that Jonas is sick and is dying and the three of them are trying their best to keep their love for each other intact. Jonas only wishes that after he is gone, Mia and Lukas stay together. Inevitable happens and finally Jonas is no more. Its not very clear on why, but we see that a year later Mia and Lukas are also not together anymore.

As you can see that the story is quite simple but god! was it dragged. The locations were beautiful were there was hardly anything being spoken among the trio. I was so bored at so many places in the movie trying to get my head around on wtf is going on. The acting was soooo bad and fake. The forced kissing of each member with each other on every given opportunity was just too lame. And there was absolutely zero chemistry between the lead actors. Zilch ! The direction was equally bad and so were the dialogues. If the director thought that the audience will empathize with the characters, he was so wrong because the poor direction didn't help salvage the film at all.